The end of year numbers are in, and the the music industry has something to celebrate. Sales increased by 3% in 2012, driven mostly by digital music. And, what was long suspected has now been confirmed: Adele has topped the charts two years in a row, making her the first artist in the SoundScan era to do this. 2012’s other big winners? Taylor Swift, One Direction, Justin Bieber, and the only act in this year’s top 10 to come close to rock - Mumford & Sons. At least Jim and Greg can take solace in the fact that vinyl sales were up yet again.

This week Jim and Greg are joined by Aimee Mann. On her latest release Charmer, we get a series of character sketches all about charmers-from the charismatic to the completely narcissistic. As a veteran of the music biz, it’s a topic about which we’re sure Aimee knows a thing or three. But, she insists that the album isn’t just an L.A. story. She does, however, pull in some impressive celebrities for the vidoes. Check out Jon Hamm and Jon Wurster in the Tom Scharpling-directed Labrador, which is a shot-by-shot remake of Aimee’s classic hit Voices Carry. Then there’s Laura Linney in the title track. Amy talks with Jim and Greg about spoofing herself, her affinity for comedians and her feelings about piracy. She also performs songs from the new album, as well as her Oscar-nominated tune Save Me. 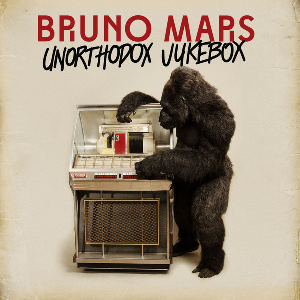 Two years ago, Bruno Mars won Jim over with his infectious (and ubiquitous) Lazy Song. Like its author, The Lazy Song was youthful and hard to dislike. Plus, who can resist Bruno’s backstory? The pop phenom got his start at age four impersonating Elvis in his hometown of Honolulu before founding top-tier production team The Smeezingtons. Having crafted hits for the likes of Cee Lo Green and Travis McCoy, Bruno released a solo debut, Doo-Wops & Hooligans, in 2011. Late last year we got the follow up, Unorthodox Jukebox. Jim and Greg kick off their review by playing Gorilla. It’s the stupidest song on the album according to Greg, though there are some other contenders. Bruno’s randy lyrics are nothing to write home about, but even on this record’s stinkiest tracks, there are redeeming pop touches - a cool chord progression or a spot-on Prince falsetto. Jim agrees. Bruno Mars may be a lightweight, but his re-workings of Elton John, disco, and Sam Cooke are appealing and melodic. This is appropriation, but it’s good appropriation. Unorthodox Jukebox gets a double Burn it.