After recovering from the intense musical spectacle at this year's Superbowl, viewers were ready for the Grammy Awards. But, it seems 11% less viewers were ready. Those that tuned in witnessed Beck's surprise win for Album of the Year and the coronation of Sam Smith as pop music's new prince. But, they also had to sit through an out-of-left field tribute to ELO and bizarre performance pairings including Jessie J and Tom Jonesand Ed Sheeran and Herbie Hancock.

As always, Jim and Greg note that the collection of Grammy-winning tunes and albums does not provide an accurate picture of what was really the best of 2014. A better barometer has always been the Village Voice Pazz & Jop Poll of critics. This year's list includes D’Angelo, St. Vincent and even Taylor Swift. An even better barometer? Sound Opinions' Best Albums of 2014, of course!

Rapper Killer Mike and rapper/producer El-P are have both enjoyed a long history of critical acclaim. But it wasn't until formed a duo - Run the Jewels - that they enjoyed widespread attention and acclaim. The idea to work with El-P was suggested to Killer Mike by Jason DeMarco of Cartoon Network. Their bromance formed instantly, and the result was 2013's Run the Jewels and then 2014's Run the Jewels 2. Both were free releases, but Jim and Greg still said "Buy It" and added was the album to their Best of 2014 lists. This sophomore effort maintains the original's humor, but also adds more depth and more social and political commentary. Check out their special set from the new Goose Island Barrel House here in Chicago. 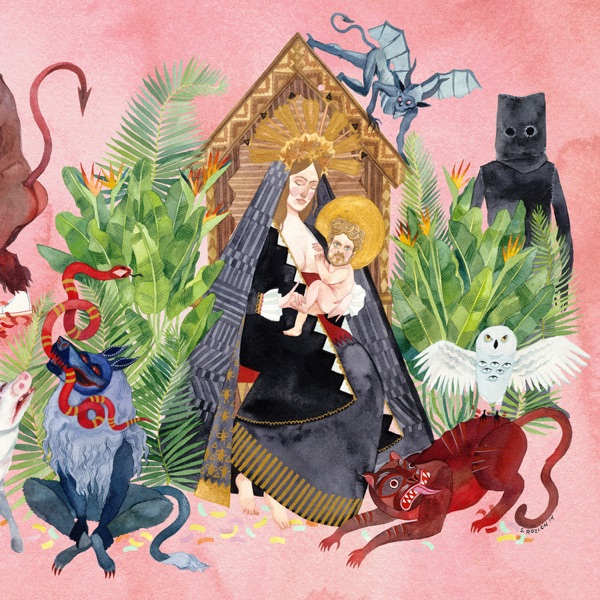 Like Phil Collins and Dave Grohl before him, Josh Tillman started a drummer for the indie band Fleet Foxes. In 2011 he went on a mystical, west-coast odyssey (drugs were involved) and returned with a new solo artist persona named Father John Misty. In his latest album I Love You, Honeybear, Misty chronicles falling in love with his wife with some unconventional love songs. Greg argues that it's not easy to write love songs that don't sound sticky, and commends Misty on the humor in his lyrics. But, he wishes the record was more musically flamboyant and gives it a Try It. To say Jim disliked this album is putting it mildly. He compares the listening experience to having an allergic reaction to bee stings. He doesn't hear the humor in Misty's lyrics, but rather something more misogynistic. So he says Trash It.