In 1971, Marvin Gaye released his iconic album What’s Going On, one that is beloved by many critics and fans alike. This album marked a huge departure for Gaye, as most of his catalogue at the time had mostly consisted of love ballads and upbeat tracks. On What’s Going On, Gaye wrote, and sang, about polarizing and controversial topics at the time, like racism, the environment and drugs, themes that today seem more relevant than ever. He also wrote about his personal struggles, such as difficulties within his marriage and the heartbreaking death of his duet partner and close friend Tammi Terrell. Along with the powerful lyrical messages he delivered, the sonic elements of the record are just as impactful. Marvin Gaye enlisted talented musicians such as The Funk Brothers and also the Detroit Symphony Orchestra to create a magnificent blend of sounds that could evoke emotion from a brick wall.

Greg and Jim explain what was going on in the country at the time of the album's creation and release, and talk about what Gaye was dealing with personally. They'll also chat with NFL Hall of Fame member and retired Detroit Lion Lem Barney about his experience working on the title track which led him to receive a gold record. 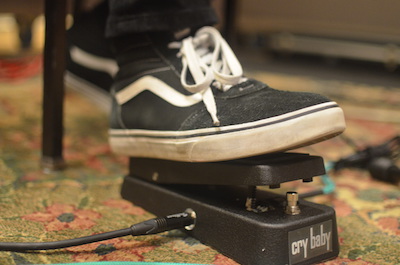 It's time for the next installment of our Instrumental series, where we trace the history of an iconic piece of musical gear. Next up: the wah-wah pedal. The wah has a distinctive sound that became a building block for psychedelic rock, funk, and even reggae – but its creation back in the mid 1960s was the product of a technological glitch. Daniel Escauriza and Shelby Pollard of Chicago Music Exchange join us to break down the history of the wah and unpack the science behind the pedal and demonstrate what it adds sonically to iconic riffs.

Jim and Greg explore how legendary musicians from Eric Clapton and Earl Hooker to Melvin "Wah-Wah" Ragin and Mikey Chung used the pedal. They ultimately note that, despite getting a bad rap for being gimmicky, the wah-wah pedal plays a critical role in a number of genres of music.